The Milking Parlour
The herringbone milking parlour holds 30 cows at a time with 15 on each side. Peter , Dave  or Emma  milk from 4.30am and work alternate weekends. While Peter ,Dave or  Emma  milk again from 3.00pm. It takes around 3.5 hours to milk all the cows plus 30 minutes to clear up and take buckets of milk to feed the young calves.

The Milk Tank
About 5000 litres of milk are collected every day by Arla Foods.  The vat (milk tank) holds 20,000 litres. The milk must be stored at less than  4 degrees Celsius. Peter receives about 55p base price for each litre of milk. (Less than a quarter of the end product price for milk comes back to the farm). 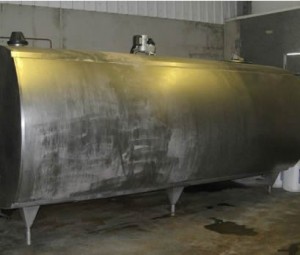 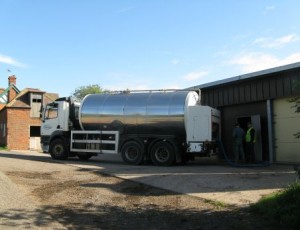 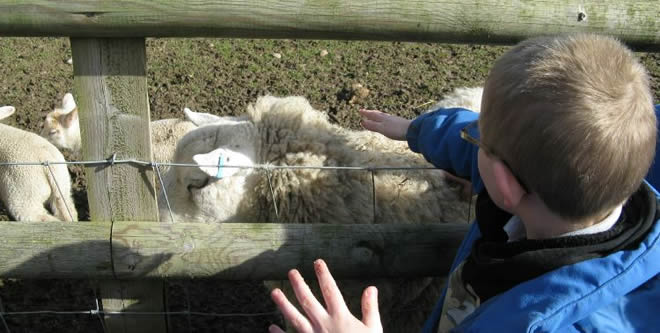 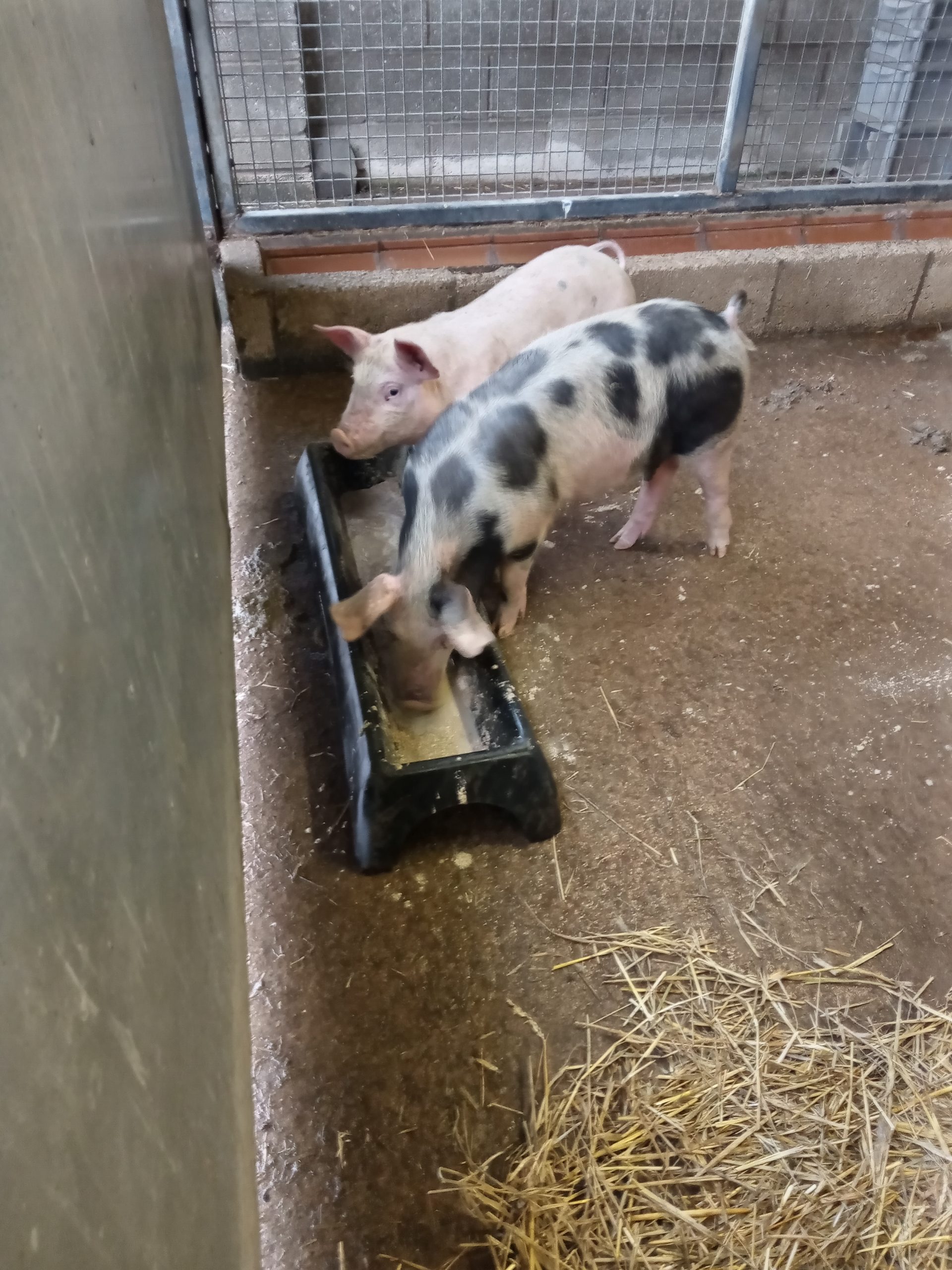 We have 2 cross breed female pigs (Gilts) who live in a purpose built sty close to the classroom.

Both of the pigs are Pietrain cross large Welsh Whites. Their mother (Sow) is a Large welsh White and their father(Boar) is Pietrain.

The pigs are kept for educational purposes and are used to promote farm to fork for ks2 science.

Pigs are the cleanest animal on the farm believe it or not !

The children can see, but not feed them as pigs have up to 28 teeth! which are very sharp .Viewing the pigs is optional. If visitors prefer not to meet the pigs in their sty this will be respected. 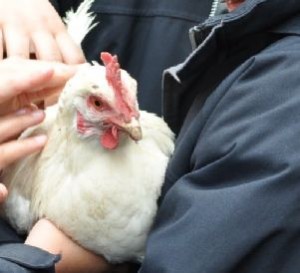 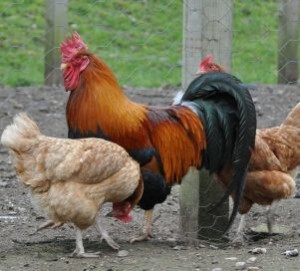